Interior of a traditional Mexican home in Petatlan

Roughly speaking, Petatlan is known for three things: typical Mexican street scene, the church, and its gold market. The city was founded in 1550 and was previously inhabited by Cuitlatecos, Chumbias, Pantecas & Mexica tribes. “Petatlán” comes from the Nahuatl ‘Petatl’ (Petate: The woven from the fibers of the Palm) and ‘Tlán’ (next to) meaning then: “Next to Petate”. The story of the “Holy Patron of Petatlan” comes from the 1500s, when a statue of Christ complete with a cross was found in the Petatlán River. This was considered a miracle by the locals, and the Church of the Father of Jesus de Petatlán was built to house the statue. The city suffered an earthquake, which called for a reconstructed church today that is both a modern and classic design in the heart of this small town.
On August 6 the pilgrims celebrate the day of the Holy patron. 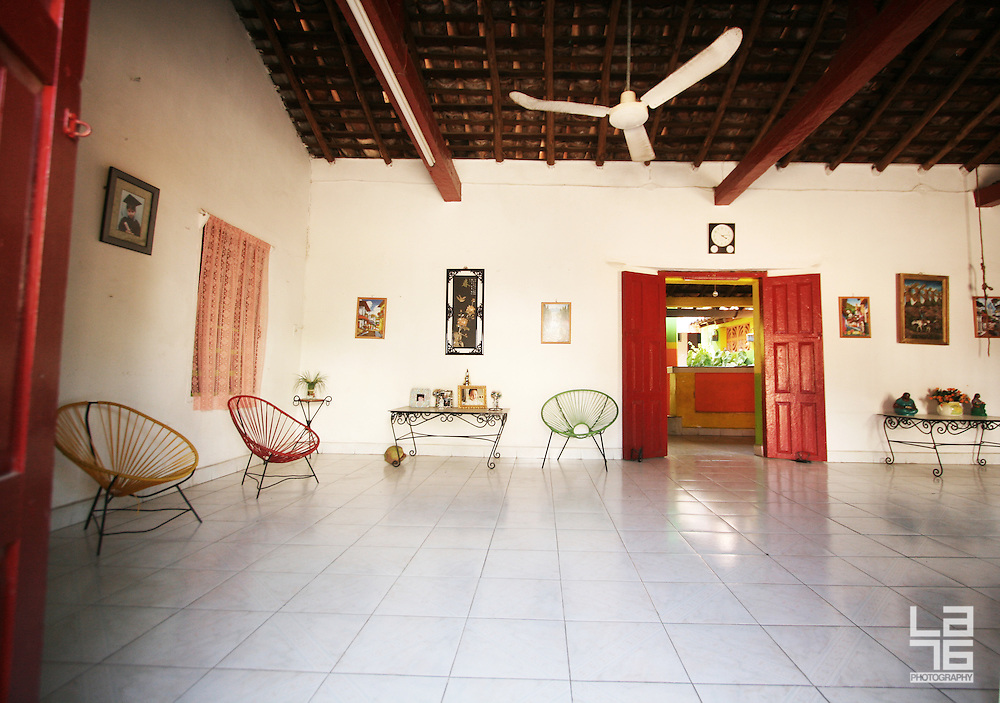