back to search results

Turtle Release in Los Cabos, at the Beach Club of Club Campestre.
Sea turtle monitoring, nurseries, and hatchling release programs are helping to improve sea turtle survival rates in Los Cabos.
Sea turtles migrate the world's oceans and have come to Los Cabos beaches to lay their eggs for millions of years. Two of the world's eight sea turtle species nest in Los Cabos. The smallest, the Olive Ridley, also known as the golfina, nests June through to December. The golfina feeds on shrimp, jellyfish, snails and algae, and can grow to 26 inches long, weighing up to 90 pounds. The largest marine turtle, the Laud, or leatherback, nests on our beaches from November through February. Leatherbacks grow up to 70 inches long, weighing up to 1,300 pounds. Its favorite food is jellyfish, and it will dive up to one kilometer in search of food. Golfinas, and especially leatherbacks, are endangered species, suffering from the effects of long lines, fishing nets, development, and illegal poaching.
Most mature sea turtle females return to the beach of their birth, called a natal beach, to dig their nests and lay their eggs at night. Only about one in 1,000 of their offspring will survive the treacherous journey from the nest to maturity. After incubating for about two months, they hatch, and take several days to claw their way out of the nest, instinctively making their way to the sea, following the moon and the horizon. Many fall prey to birds and sand crabs as they struggle to reach the shore, others are led off track by deep grooves left from vehicular traffic and disorienting artificial lighting from beachfront hotels and residential areas. Once in the ocean, they face new predators or are victims of long line fishing nets, poaching and pollution.
Sea turtle nursery programs greatly improve hatchling survival rates through the first critical stage of their lives. The tiny hatchlings are returned to their nesting area, and released close to the sea at sunrise or sunset. 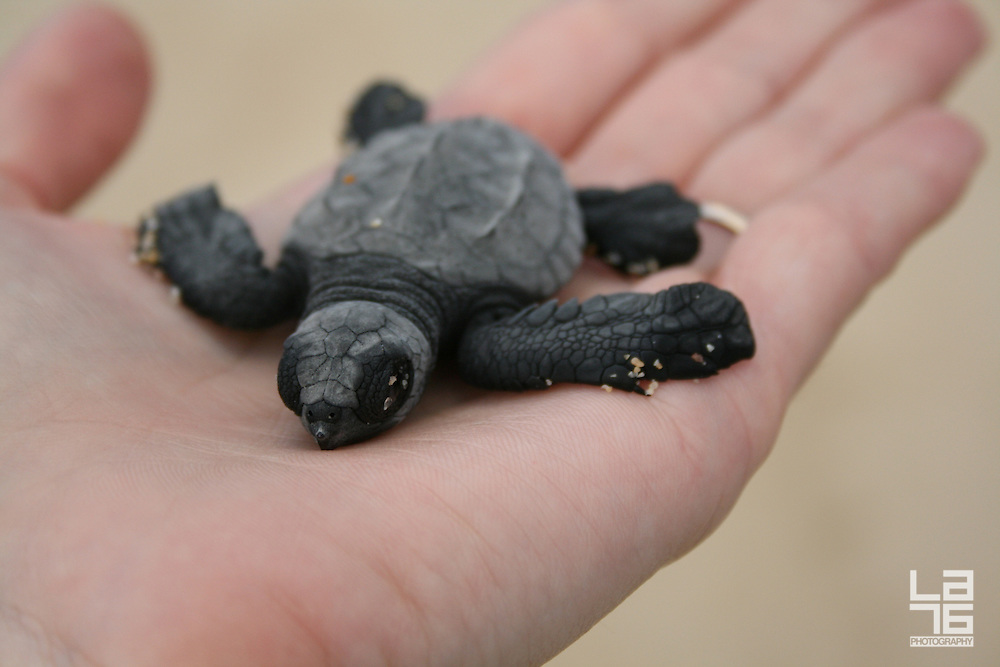